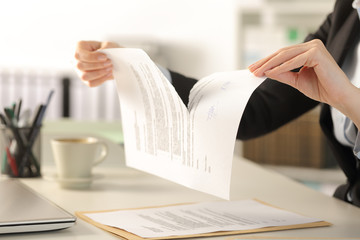 “…not only a livelihood but an occupation, an identity and a sense   of self-esteem.”

A contract of employment can be terminated in the following ways: –

A breach of contract can occur due to an express or implied contractual term.

However, the common law is not concerned whether it was unfair only if it was unlawful (For unfair termination see our ‘Unfair Dismissal” tab)

When terminating an employee from their employment contract you MUST give the employee notice.

How long should the NOTICE be: –

The amount of notice will depend on the duration of contract, the custom in the industry, the employee’s age, the employee length of service, the qualifications, and the job mobility

Notice acts as advice to the other party that at the end of the notice period, the contract will be terminated.

An example of how long notice should be for was given in Quinn v Jack Chia (Australia) [1992] 1 VLR 567 whereby 12 months was considered the reasonable notice period by the Court due to the employee age of 50 years of age, being in a senior position, and was on a long term 10 year project and had to give up the job security the employee had catered for when he signed the contract.

Another example is seen in the case of Susanna Ma v Expeditors International Pty Ltd [2014] NSWSC 859 where the Court stated that 10 months was reasonable notice. This was because Ms Ma was again a senior employee with 24 years’ service, she was aged 49, and had a position of significant seniority, and her future job prospects were low.

Under the statutory regime of the Fair Work Act section 117 states: –

When is notice NOT required to be given by an Employer?

Therefore, there are 2 conditions: –

Examples of conduct that can be sufficiently serious include: –

However, it is the effect on the performance of work that is the key point – not the immorality or the criminal conduct per se

In Adami v Maison de Luxe Ltd (1924) 35 CLR 143, Wilful and unjustified disobedience of lawful orders was the key to the employee’s summary dismissal and seen to be justified. In this case the employee was in constant refusal to perform duties which were part of a business policy and within the contemplated scope of the employer’s rights amounted to a repudiation of the contract entitling the employer to terminate immediately.

A case in Tasmania reveals a justifiable reason for a summary dismissal of a professor at a university who was held to be in breach of his contract. In this case a male professor of philosophy engaged in an intimate relations with one of his students, even though the relationship was consensual the Supreme Court of Tasmania ruled the professor had breached his duty of faithful service and his misconduct satisfied summary dismissal (termination without notice). The Court held that the misconduct amounted to a complete breach of duty which the professor owed the university and that it could destroy the reputation of the university if permitted. Subsequent appeal to the High Court by the professor was dismissed.

If you or someone you know has been terminated unlawfully, or are an employer requiring advice on terminating an employee contact Rep-Revive Criminal & Employment Lawyers ® for an initial consultation.