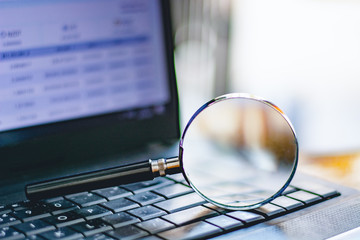 Adverse Action is designed to protect both an employer, employee and independent contractor taking adverse action against each other who either: –

These general protections are intended to:

The Meaning of adverse action is found at section 342 of the Fair Work Act and includes among others:  –

(b) injury to the employee in his or her employment

(d) not hiring someone

(f) treating a person different to the other people at work

It even applies to employees not taking adverse actions against their employers such as: –

Plus, independent contractors are also protected as well as bound not to take adverse actions against the principals who contract them to work.

Workplace rights is given a very board meaning and can include: –

Adverse actions also protect workers who engage in protected action or industrial activities from suffering detrimental effects to their employment or dismissal.

Detrimental behaviour and/or dismissal that is seen to be based on discriminatory grounds are also protected under adverse actions protective provisions.

Unlike other remedies in the unfair dismissal a claim under adverse actions may attract a monetary penalty (fine) imposed by the Courts. AND it can also include reinstatement or compensation for unlawful termination of employment.

In a recent case a former employee relied on a workplace right under the Occupational Health Safety and Welfare Act.  He was a train driver of some 37 years and employed by the Respondent. Whilst in employment he was involved in a train accident where the train he was driving collided with another train and caused $5 million damage. He was given an official warning and told he would be assessed whilst performing his driver duties the following month and given a specific date.

However, 2 days before the date of the scheduled assessment he received a telephone call informing him that he would be working a relay service commencing that day and his assessment would take place whilst driving the relay service. That evening he became extremely anxious and felt unwell.  So, he informed the assessor that he felt violently unwell and he was unable to drive the train.  As a result of his failure to drive the train that day, his employment was terminated.

The Court said that the ex-employee had intended to exercise a workplace right, (the Occupational, Health, Safety and Welfare Act) to take reasonable care to protect his own health and safety at work, as well as the health and safety of other persons by not driving the train while being mentally or physically ill. The Court also found that the employer had terminated his employment in breach of the Disability Discrimination Act because he suffered a mental and physical disability at the time.

If you or someone you know has experienced adverse actions or are seeking advice contact Rep-Revive Criminal & Employment Lawyers ® for an initial consultation.