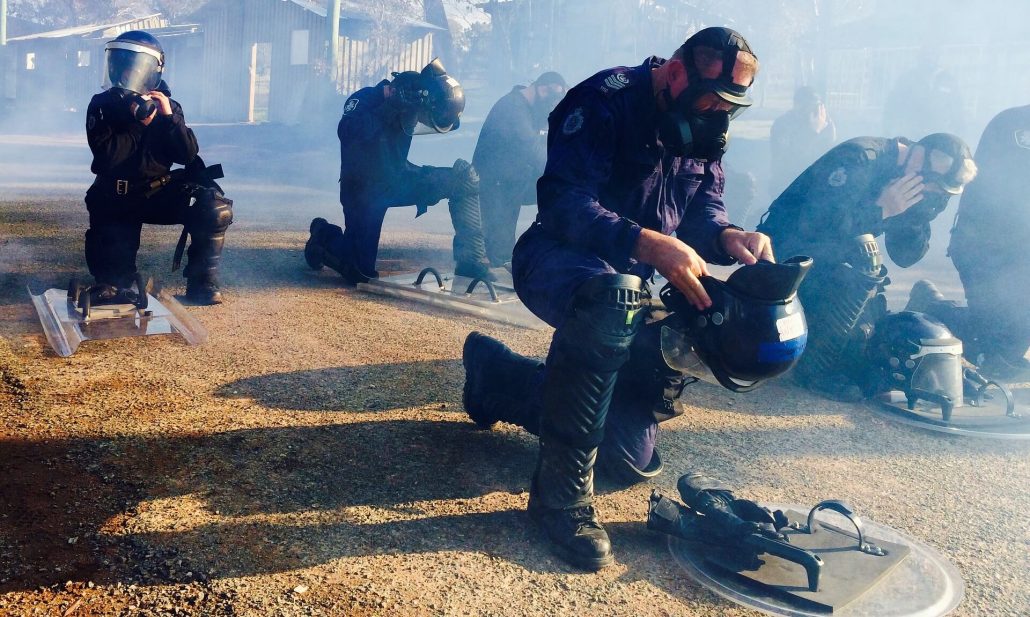 The offence of Riot is contained in section 93B of the Crimes Act 1900 (NSW) which states:

“Where 12 or more persons who are present together use or threaten unlawful violence for a common and the conduct of them (taken together) is as such as would cause a person of reasonable firmness present at the scene to fear for his or her personal safety, each of the persons using unlawful violence for the common purpose is guilty of riot and liable to imprisonment for 15 years.”

The nature and elements of the offence of Riot were also considered in R v Hawi (No 18) (2011) NSWSC 1664 wherein the issues of common purpose were discussed. Here it was held Each person involved in the unlawful violence can be found guilty of riot.

There have been many examples of riots in Australia, many of these are either in Correctional Centres or as the below example illustrates in Migration Detention Centres and occur even when someone is not specifically wanting to be involved in a riot but only wants to protest.

For instance, on 20 April 2011, the a detainee at the Villawood Detention Centre joined a protest with other detainees on the roof of the building. Consequently, tiles were removed from the roof and thrown in the direction of security officers trying to control the protest. The person in question was subsequently charged with riot and affray per Crimes Act 1900 (NSW).  He pleaded guilty only to affray and argued at trial, that he was not "present together" with 11 other persons using or threatening unlawful violence: there were not 12 detainees behaving violently on the roof thus did not meet the all the elements of the offence of riot. However, the Court rejected this argument and ruled that being together could amount to people on opposite ends of say a football stadium and/or building.

Please note these penalties are the for the worst kinds of offending and are unlikely to be what you would receive.

In NSW, a court can impose any of the following penalties for a Riot charge of:

Since Riot offence is a criminal offence, the burden of proof lies on the Prosecution.

The prosecution must prove each of the elements in the charge beyond reasonable doubt being:

Some of the possible defences can include;