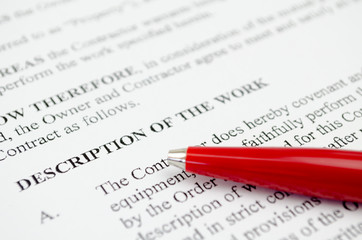 As an employee you have duties to your employer, these include: –

Some examples of what these duties mean is described below:

To obey lawful and reasonable commands

Lawful means that the orders are both within the scope of employment, and the motive is genuine for employment. As, an order outside the scope of what the employee stipulates that they have agreed to do under contract is not lawful.

For instance, the Court has held that an employer’s direction to a worker employed as a receptionist to begin performing new duties on a kitchen roster was not lawful since this was outside the scope of the duties she had contracted to perform under her employment contract. Thus, any new duties outside the scope of employment contract would need to be amended and agreed upon.

Reasonable means an order that is reasonably expected to be implemented across the board and influences the business. An example, of a reasonable order was demonstrated in Australian Telecommunications Commission v Hart (1982) 43 ALR 165 whereby the court ordered that an employee had to obey a reasonable order not to wear a caftan to work. Of relevance was the image that Telecom was attempting at the time to uphold and that on occasions this employee would meet Telecom customers.

A duty to exercise due care and skill

Whilst it is difficult to define exactly what due care and skill is, the Law has given an expansive definition which can include: –

A duty to act in good faith

This includes a duty not to compete with your employer in their industry or business.

Actual competition is required and will not be held to be competition where an employee uses their spare time in a business which is not in competition with his/her employer. As the Courts have held that there should not be undue restrictions placed on employees to use their leisure time for profit unless the employee did something that ΄would inflict great harm on his employer’s business’.

The common law will generally imply in a contract of employment a duty of loyalty referred to as faithful service to an employer.

A case in Tasmania reveals how a duty of faithful service can be seen to be a breach of contract. In this case a male professor of philosophy engaged in an intimate relations with one of his students, even though the relationship was consensual the Supreme Court of Tasmania ruled the professor had breached his duty of faithful service and his misconduct satisfied summary dismissal (termination without notice). The Court held that the misconduct amounted to a complete breach of duty which the professor owed the university and that it could destroy the reputation of the university if permitted. Subsequent appeal to the High Court by the professor was dismissed.

Thus, in order to act in faithful service an employee should not be seen to have a conflict of interest either in his personal or professional life with their employer.

Confidential information can be:

If you or someone you know has experienced problems or are seeking advice on your employee duties, or are an employer seeking advice on breach of employee’s duties contact Rep-Revive Criminal & Employment Lawyers ® for an initial consultation.