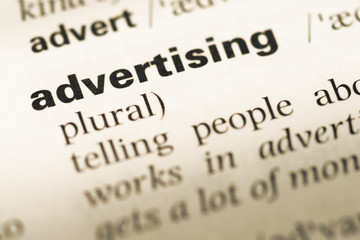 The Australian Consumer Law (ACL) says that an employer must not advertise any misleading information about a position or describe a position that does not actually exist.

Will be in contravention of the ACL and can lead to damages claim.

Examples includes misleading a job applicant about a wage deemed a salary but is earned by way of some form of targets that need to be reached and/or on a commission basis. Or not informing a job application that cold calling will be required to earn the wage and/or commission advertised.

Misleading job applicants also extends to pre-contractual negotiations and includes conduct by an employer that can be seen to be unconscionable.

Unconscionable conduct can be making promises in the pre-negotiation stages of an interview and then not keeping to what was promises or stated.

An employee entered into a contract part written and part oral to become a GM responsible for Aust and NZ, and to receive an increase salary and commission. Upon assuming his new role, he was not paid the increase and 2 months later was terminated. The employee claimed that he was promised ‘for many years to come’ the position. The court held that this type of communication was with trade and commerce and was misleading.

In another case a managing director said he was promised his accrued sick leave would carry over from his previous employment. On termination he was denied over $500k in sick leave payments and sought a Courts order to enforce. The Court agreed that this was pre-contractual negotiation and was enforceable.

In another instance an employee argued that he was promised secure long-term employment which was ‘for the long haul’ the promise was made by the recruitment agency on behalf of the employer. The court agreed that the pre-contractual verbal statement was enforceable, and the company was responsible for the recruitment agencies promises and had mislead the employee.

However, in another case an employee alleged that he was promised long-term position made to him exclusively and an opportunity to become GM. The court dismissed this as using the wording of ‘opportunity’ and ‘potential’ indicated no promises were made and thus was not enforceable.

If you or someone you know has been misled by a job advertisement or promised certain conditions that was not honoured, or are an employer seeking advice about Employment Law contact Rep-Revive Criminal & Employment Lawyers ® for an initial consultation.