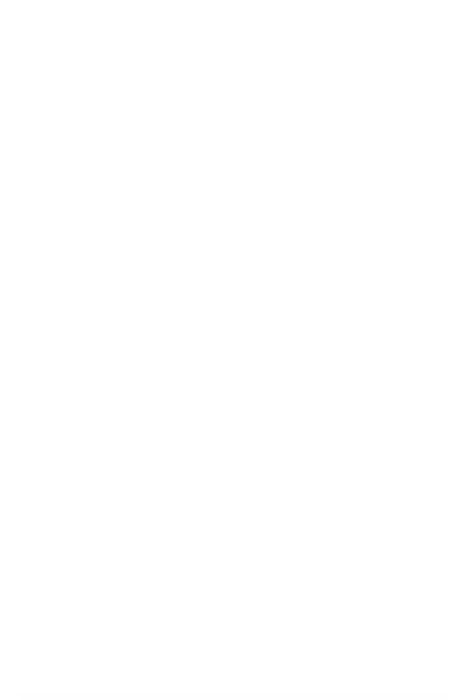 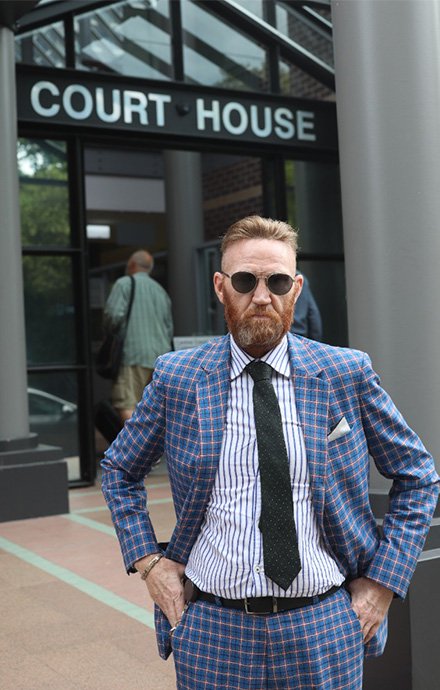 Since leaving school in 1997 Daniel has been employed within the provision of legal services (first as a paralegal and later as a solicitor). Daniel is the Principal Lawyer at Rep-Revive Criminal & Employment Lawyers® and has considerable experience in Criminal and Employment Law having worked in specialized offices in Sydney, London, and New Zealand. If you ask Daniel, why he is a criminal and employment lawyer he will answer its simple. “I am a Human Rights Defender and I’ve spent my whole adult life representing persons who need to have their repute restored after a criminal or employment law dispute”.

Daniel in addition to the usual requirements of a Criminal and Employment Lawyer understands the justice system and that oftentimes the first casualty of a criminal charge or emloyment allegation is damage to your reputation. Daniel always seeks for that damage to be restored and revived. In his pursuit of excellence in the Courtroom, Daniel always endeavours to research and ascertain the truth about a allegation. Clients oftentimes have praised Daniel for being the only lawyer they have ever seen who has been able to establish such things as to if there is a background of a toxic relationship, a history of provocation or mistakes in the fact sheet or police statements/brief or dispute. Daniel is also aware that there are several reasons for untruths in a police or employment case. The first is that sometimes police or other witnesses are genuinely "honest but mistaken". Second on occasion, Daniel knows there is even evidence of a hidden agenda behind the charge/s or accusations and motives. Using this information Daniel is able to best tailor the proper legal package specifically required to represent the client’s needs. Daniel is very much cherished by his clients because he is not afraid to put forward their case to ensure their voice is heard. Since starting the firm, Daniel has had a remarkable run of results in the Local and District and Supreme Courts. He is someone who because of his understanding of people, community and the law always gets the best results. Daniel has also developed a reputation not only as an astute legal mind but also as a passionate lawyer for his clients. In university, Daniel was a Middle Weight Division Boxing Title holder at Sydney University Boxing Championships in 2005. Daniel also won a Silver Medal Winner in the 2005 Eastern University Games (for rugby league) and has played Cricket for St Marys RSL and Blacktown Representatives, Rugby for Blacktown Warriors Rugby Union Club and Sydney University Rugby Union club. Daniel has also done voluntary work in a community law centre and contributed to the community by mentoring underprivileged teenagers.

Daniel was admitted as a solicitor in 2008 graduating from the University of Technology. Since that time Daniel has worked as a solicitor for the Aboriginal Legal Service (ALS), Legal Aid NSW and several other private Criminal based Law firms aswell as in other private practice. Daniel has further sat on the Board at Prince of Wales Hospital to improve conditions of those detained under Mental Health Legislation. Daniel is an expert in what Rep-Revive Criminal & Employment Lawyers® market as their “choices available at Law”. Daniel knows and believes that not one size fits all. In this regard Daniel is not only an expert in strictly indictable matters but also in negotiating for the withdrawal or reduction of criminal charges, running a defended hearing, attending to a typical sentence or Bail application, running a special disputed fact hearing as well as other appearances and employment law matters.

For all the above reasons Daniel is a formidable opponent to the prosecution/other side. If you are one of Daniel’s clients then he is “always in your corner”.

To have Daniel working on your Criminal or Employment legal problem and restoring your reputation, contact Rep Revive Criminal & Employment Lawyers® today for a free initial consultation on 0419 998 398. 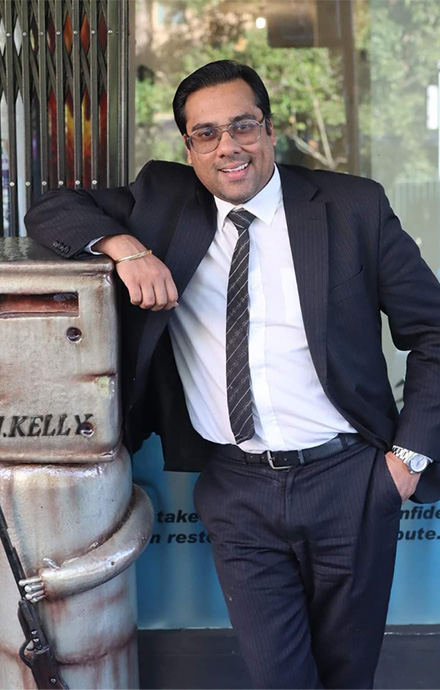 Arvind N Jador is a lawyer at Rep-Revive Criminal & Employment Lawyers® who has an eye for every detail especially during the drafting of submissions and in Court/The Commission. While Arvind has been involved in many well-established projects throughout his career his biggest achievement after completing his High School Certificate at Epping Boys High School with distinction, was when he returned to Singapore wherein, he served his full-time national service at the Singapore Armed Forces as a Quartermaster Sergeant in the 3rd Battalion Singapore Guards. Here Arvind reported directly to the Company Sergeant Major and the Army Officer in Command wherein he was trusted to control all resources in the company. Arvind served out his duty exceptionally rising quickly to being in command of all the platoons in relation to the movement of resources. Arvind particularly excelled in the battlefield of training and was during war games deployed into the vital role of ensuring the allocation of resources for his men always occurred with military precision. Arvind further was the last sergeant/soldier to leave the battlefield as his role was to only leave once all resources were distributed/allocated or when required collected. In this sense Arvind at all material times put his men above himself always ensuring all his men were well-nourished and suitably resourced. Arvind completed his military service with honors leaving in March 2008.
Upon completion of Arvind’s National Service Arvind broadened his mind by travelling to many unique and wonderful countries such as Amsterdam, Belgium, England, France, Italy, Kenya, Malaysia, United States, Spain, and Thailand.
Upon returning to Australia, Arvind enrolled in university to study Law and Accounting. Whilst in university he grew a strong passion for acting and media productions and acted at the Actors College of Television and Theatre in Sydney. After graduation he continued to study acting at an advance level at Darlo Drama, Kings Cross (an association with the Darlinghurst Theatre Company). Arvind has also performed in several well-established theatre productions as both lead and supporting lead.
Arvind explains that the art of acting and his military service has allowed him to gain deep empathy with different situations and has allow him to put himself in another’s shoes to understand why we make the choices we do. Through Acting Arvind has also developed a valuable professional speaking skill for which he uses in Court every day.
In asking Arvind what he stands for Arvind believes that there are good/many people in the criminal justice system that never have their voices heard and are deeply misunderstood. Arvind in this sense stands in and up for the voiceless and thus is a true human rights defender.
Arvind graduated from Macquarie University in 2017 with a degree of Bachelor of Laws, and Bachelor of Commerce (Major in Accounting) and scored several distinctions in both courses. That same year he completed his Graduate Diploma in Legal Practice at the College of Law, St Leonard’s.
Arvind has undertaken his training in several well-established law firms in a variety of general law areas wherein he gained a sharp eye in picking out the relevant facts and substantiating it with the evidence and precedents/case and statutory law. He is well versed in his legal knowledge and knowhow.
Arvind has also worked in a Nursing home to care for the elderly this being a passion he has held/developed for some time. Arvind’s passion for employment and criminal law soon grew and he was later involved in human resources in the disability sector. Arvind has also completed a course for understanding dementia at the University of Tasmania.
Arvind joined Rep-Revive Criminal & Employment Lawyers® in 2022 and since that time has undertaken several complex cases and prepared many submissions for bail, sentence, section 14 and appeals matters together with letters of advice and fighting on behalf of our criminal and employment law clients.
Arvind is a dedicated and insightful individual who is very welcome in the Rep-Revive family. He is always up to date with the changes in the laws which he appreciates happens at such short notice and he has an excellent understanding of the law and a keen eye to detail.
When Arvind is in your corner as your solicitor you can rest assured, you will get a brave and disciplined advocate who has the ability to deliver a precise legal service which comes with respect, compassion and the ability to work well under pressure. As Arvind’s history does attest no obstacle can get in Arvind’s way and the rigors of life and the law do not faze him. For all present purposes Arvind is a natural leader who honorably places his legal service above himself. Arvind has been admitted as a lawyer into both the Supreme and High Courts with all the rights and privileges thereunto belonging or appertaining. 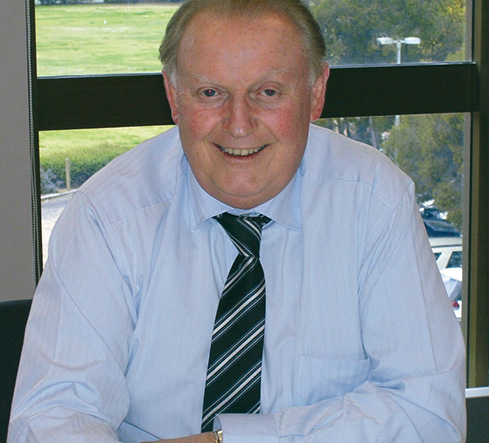