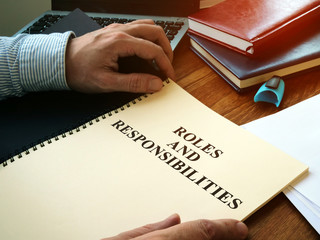 As an employer you have duties to all your workers, regardless of whether they are in full-time, part-time, or casual workers.

These legal duties include: –

The Duty of Care and Safe System of Work

A duty of care and ensuring a safe system of work is a paramount continuing duty and consist of duties and responsibilities such as: –

These duties also exist even when an employer has safe work policies in place but knows that others employees are either not following or the employer is seen to be tolerating or necessitated the unsafe work practices.

An employer has a duty to reimburse any reasonable expenses incurred by an employee while performing their work.

In another case, an employer was held not to have provided a safe system of work when the Court found he failed to act sufficiently to stop workplace violence. An employee was injured in a workplace brawl that occurred both at work and then later at a nightclub. The injured employee claimed his employer had failed to provide a safe system of work by failing to take adequate measures to deter or prevent incidents of violence at work. Even though the employer had separated the employees at work from each other the Court held that he also had a duty to prevent future violence and had failed to do so.

In a bullying incident a security officer claimed that he was constantly been subjected to abuse by his supervisor when guarding the Nationwide News premises. The abuse consisted of intimidation, aggressive behavior, racial slurs and/or slurs about the employee’s family. The employee consequently developed depression and PTS after these incidents. He sought compensation and claimed that his employer had failed in their duty of care. The Court agreed and held that they failed to act appropriately when it became aware of the incidents of bullying by the supervisor.

If you or someone you know has experienced problems or are seeking advice on your employer duties, contact Rep-Revive Criminal & Employment Lawyers ® for an initial consultation.