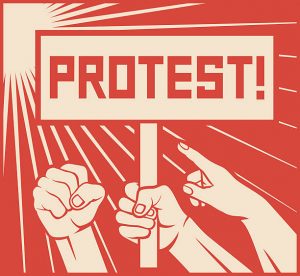 Considering recent events, some people are wondering whether they can legally protest in Australia. The below discussion is a brief overview of what rights Australians have and how in NSW the act of protesting can lead to fines and/or arrest.

Firstly, unlike the US Constitution’s First Amendment that guarantees Americans freedom of expression, assembly, the right to petition and the rights of individuals to speak freely, Australia does not have any of those entrenched constitutional rights. In Australia, the only right concerning free speech is an implied freedom of political communication.

The implied freedom of political communication does not confer a personal right to freedom of speech. It is based on the concept of “freedom from laws”, not a “freedom to communicate.” For instance, in Unions NSW v NSW [2013] HCA 58 the High Court said: ‘… it is important to bear in mind that what the Constitution [Australian] protects is not a personal right …[but] rather …, the implied freedom invalidates laws that restrict political communication.’

The scope of Australian’s implied freedom of communication and how it applies to protesting was recently illustrated in the case of O’Flaherty v City of Sydney Council [2014] FCAFC 56. The case concerned the decision of Sydney City Council to end the almost 18-month encampment in Martin Place Sydney, known as Occupy Sydney. Mr O’Flaherty was charged with an offence contrary to s 632(2) of the Local Government Act 1993; namely, failing to comply with the terms of a notice given by the Council prohibiting camping or staying overnight in Martin Place. Mr O’Flaherty contended that it was beyond the powers of the City of Sydney Council to issue the notice because it impermissibly burdened his freedom of political communication. The full Federal Court found no error in the notice from the City of Sydney to Mr O’Flaherty. The Court concluded that the prohibition served the legitimate end of “maintaining public health, safety amenity in a high use public area”; and that the effect of the law on freedom of political communication was “slight” and “incidental”. Therefore, the implied right to political communication has its limits and will not override State legislative powers.

Secondly, apart from the implied freedom of political communication there also is a common law right to peaceful assembly tracing back some 800 years old when the Magna Carta was signed.

This right to peaceful assembly is recognised in Article 21 of the International Covenant of the Civil and Political Rights (ICCPR) which states:

‘The right of peaceful assembly shall be recognized. No restrictions may be placed on the exercise of this right other than those imposed in conformity with the law and which are necessary in a democratic society in the interests of national security or public safety, public order … the protection of public health or morals or the protection of the rights and freedoms of others’.

Australia has ratified the ICCPR, but again this does not mean that State legislation cannot override the ICCPR. As Keane J in Tajjour v New South Wales [2014] HCA 35 at [44] stated:

Section 23 of the Summary Offences Act 1988 allows organisers of upcoming protest to seek approval from the Commissioner of Police of their intention to protest and provide the location or route and how many people are expected to attend. If police do not oppose the protest, section 24 of the Summary Offences Act 1988 provides that people who participate in an authorised public assembly in accordance with the details given to the police, then organisers and protesters are not guilty of participating in an unlawful assembly or obstruction. However, the protection afforded by section 24 is not without limits. it applies only if the protest is conducted peacefully and is “substantially in accordance” with the details previously given to police. Regardless of whether the protest is approved or not, police still have at their disposal various other statutory powers to hold those attending a protest subject to an offence, even when a protest was deemed authorised.

In NSW some of these offences are: –

So, the question of whether you can legally protest is a limited yes, granted by the implied freedom of political communication, the international law and lack of State contra legislation. But police have powers that can move you on, fine you or worse still arrest and charge you with an offence.

For a more details on protest and the law see reference source: 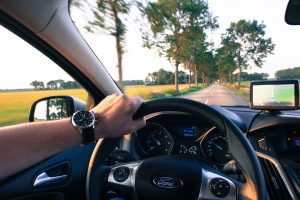