Coronavirus and the NSW Local and District Courts

Coronavirus and the NSW Local and District Courts 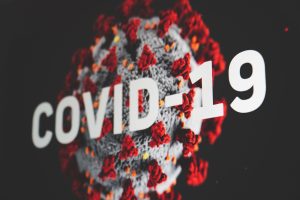 A pandemic that has crippled the world killing over 74,000 people worldwide according to John Hopkins University of Medicine Coronavirus Research Centre. The total number of confirmed cases (of those who have the virus) worldwide is over 1.34 million, however it must be remembered that the true number is likely to be higher, as not every country has the necessary infrastructure to treat, or even assess the number of people who have the virus. The virus has impacted almost every aspect of everyday life. Even criminal law in NSW is no exception, as actions taken by NSW Courts to reduce the risk of spreading COVID-19 have significantly altered the justice system in the short term. For example, the Local Court website states “Visitors who are not part of legal proceedings and do not need to be at the courthouse must not attend”.

The matters that have been delayed

The Local Courts in NSW (which deal with the bulk of criminal law matters) stated that the following matters will be adjourned:

For those in custody

For those denied bail or have been convicted and are denied appeals bail, the Local Court has stated:

“Regrettably, it will not be possible in the current circumstances to proceed with a hearing where the defendant is in custody and has entered a plea of not guilty at this time. These matters will require re-listing”.

For those who have entered a plea of not guilty

The Court has stated “defended hearings will not be carried out at this time until further notice. These arrangements will be reviewed at the end of April 2020.”

For those who need protection and urgent applications

However, if you are in need of protection, the Local Court will continue to list AVO applications and Provisional AVOs. The Local Court will also continue to deal with urgent applications for variation or interim orders. Hearings of a Final AVO which is contested by the defendant will be postponed. During this time a provisional or interim AVO will be in place for a protected person.

“Do not attend court if you:

The NSW District Court has released information regarding the access of media to virtual courtrooms and a practitioner’s user guide for these virtual courts are available.

From 16 March 2020 new jury trials have been suspended whilst the empanelment process is review and steps are taken to limit the close social contact amongst jurors which is a feature of jury trials. Trials that had an empaneled jury before the above date shall continue. This will also be the case for the NSW Supreme Court.

Judge, jury and executioner all in one

Judges will now be the finders of fact (determining whether you are guilty or not guilty for any alleged offence(s)) as well as the finders of law (making legal rulings). The suspension of new juries, whilst understandable given the current pandemic, seems to fly in the face of your constitutional right enshrined in Section 80 of the Australian Constitution which states “The trial on indictment of any offence against any law of the Commonwealth shall be by jury, and every such trial shall be held in the State where the offence was committed…”.

The use of pre-recorded evidence from key witnesses

This refers to the use of evidence that is recorded before the trial and is replayed at the trial. It has been used in sexual offence proceedings to reduce the trauma caused to complainants of sexual assault. This tool is considered useful as it may lessen or eliminate the need for complainants to give evidence in person at the trial and can be used “in any criminal proceeding wholly or partly” under Section 306S of the Criminal Procedure Act (NSW).

However, defence lawyers are concerned that they cannot prepare to cross-examine the most important prosecution witness until shortly before the trial is scheduled. Furthermore, the quality of the evidence is overly dependent on the skills of the interviewer.

What is a Virtual Courtroom?

“A Virtual Courtroom brings the physical courtroom to a virtual space. It is a digital method for court cases to be progressed without the need for participants to attend in person. Parties to proceedings can access the Virtual Courtroom using video conferencing applications. Virtual Courtrooms are still formal courtrooms. All usual court etiquette, protocols, procedures and restrictions apply.”

Unfortunately, for those who experience difficulties accessing the Virtual Courtroom using the conferencing facility, “the Court does not provide a technical service”. The capacity for a blackout or random disconnection from the internet to impact a trial may be severe.

For our clients and those who have been charged with a criminal offence, please do not hesitate to contact our office by phone or email.