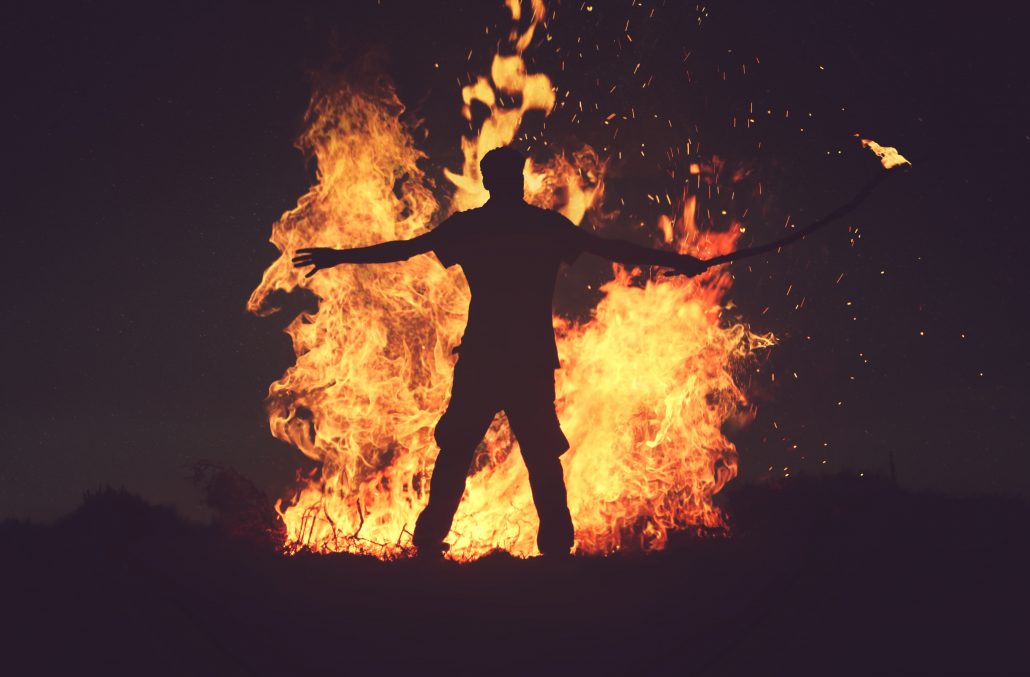 As if nature wasn’t enough with these bushfires, some folks want more.

The NSW Premier has declared a state of emergency due to dangerous fire risks and concerning forecast conditions. Over thousands of firefighters are fighting over 130 bushfires across NSW. Thousands of army reservists have just been deployed to provide relief to affected communities. Nearly 5 million hectares have burned out. More than 17 people have died, including 3 firefighters and over 1400 homes (not including outbuilding such as sheds, which exceed over 2000) have been destroyed by the fires. 40 schools in the NSW North Coast were closed on the 11th of November. For the first time in 10 years, authorities have determined a catastrophic fire danger for the Greater Sydney Region. The potential devastation from natural causes of fire cannot be denied. But what those fires deliberately started by fellow citizens?

On the 14th of October 2019, the first of 5 deliberately lit fires occurred at a home in Glebe. During the course of the following hour, 4 other fires were lit at two other premises by a motor vehicle in that area. Substantial damage occurred in one of the buildings, resulting in the destruction of motor vehicles. Fortunately, no one was injured as a result of the fires, but an elderly man was taken to hospital for observation. Unfortunately, a teenage volunteer firefighter has been charged with arson, allegedly having lit seven NSW bushfires. A 33-year-old man has been charged, allegedly lighting fires that destroyed multiple cars in the NSW Hunter Region. Playing with fire can have significant legal consequences.

Lightening a fire without lawful authority

Lighting fires without lawful authority is also an offence under Section 100(1) of the Rural Fires Act (NSW). This section states that setting a fire or causing a fire to be set to the land or property of another person, the Crown or any public authority, or being the owner or occupier of any land that permits a fire to escape from that land under such circumstances as to cause or be likely to cause injury or damage to a person, land or property of another, the Crown or public authority is guilty of an offence. The maximum penalty for this offence is a fine of $110,000 and/or 5 years imprisonment.

Under Section 195 of the Crimes Act, any person who intentionally or recklessly destroys or damages property belonging to another person is liable to imprisonment for 10 years. If done in the company of others, the offence can be punished with imprisonment for 11 years.

Destroying or damaging property with intent to injure a person

Under Section 197 of the Crimes Act, any person who dishonestly, with a view to making a gain for that person or another, destroys or damages property is liable, if the destruction or damage is caused by fire, is liable to imprisonment for 14 years. If this offence is done during a public disorder (eg during a riot or civil disturbance), the offence is punishable by imprisonment for 16 years.

Intentionally causing a fire, whilst being reckless as to the spread of fire to vegetation on any public land or land belonging to another is an offence under Section 203E(1) of the Crimes Act. The maximum penalty for this offence is imprisonment for 21 years. Exceptions do exist, for example if a person is a firefighter or is acting under the direction of a firefighter, or if a person caused the fire in the course of bushfire fighting or hazard reduction operations.

Due to NSW’s drought conditions and the significant capacity for a fire to cause harm, within recent months the Attorney-General, Police Minister and Acting Commissioner of the NSW Rural Fire Service have spoken to Sydney’s media about proposed legislation which will nearly double the minimum jail term for people who start bushfires in NSW, from five years to nine years. It is hoped that such an increase will serve as an effective deterrent for those considering such foolish acts.

Traffic Fines and Suspension (what to do)