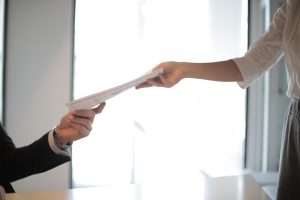 It is well known in the legal industry that a prosecutor in a criminal matter must disclose relevant documents to the accused person or his defence team.

However, disclosure request from an accused are often met with either delays or resistance especially from Police. At best the reply received is to Subpoena the documents and pay the conduct money. This causes unnecessary delays and expenses for an accused person.

A recent case heard in the Supreme Court of NSW this year has defined and brought about a win for people accused of a criminal offence and the police/prosecution duty to disclosure any relevant material.

Mainly reinstating that police/prosecutor have a duty to disclosure any and all relevant material in their possession or control in order to avail a fair trial and any other thought that a trail could proceed fairly without proper disclosure was legally unreasonable.

The case is Bradley v Senior Constable Chilby [2020] NSWSC 145 whereby the Court again illustrated the importance of the police/prosecution’s duty of disclosure of relevant material in a criminal matter.

In this case, Mr Bradley was charged with a criminal offence of Assault Occasioning Actual Bodily Harm, part of his defence was that he was acting in Self-Defence of himself at the time of the alleged offence occurred.

Before his trial in the Local Court his defence requested amoung other documents the criminal history of the alleged victim in the matter, especially regarding any violent offences or pending criminal matters. These materials would be very relevant to Mr Bradley’s claim of Self-Defence in order to show that the victim had a propensity for violence.

The police/prosecution did not provide these documents but instead stalled the process. His defence attempted to seek a stay of proceedings until the documents were produced.

However, the stay of proceedings was denied, with the Judge holding the opinion the defence was seeking the documents to engage in a fishing expedition and suggested that to delay a trial for this reason “would be to put a burden on the prosecution which would bring the criminal justice system in New South Wales potentially to a grinding halt.”

Subsequently, the trial continued without the disclosure and Mr Bradley was found guilty.

Upon appeal by Mr Bradley in the Supreme Court his Honour Justice Adamson was critical of the approach taken by the police/prosecutor and the Judge in the Local Court.  His Honour stated ….

“The Prosecutor’s position in the Local Court… was that if a hearing could be conducted without the material in respect of which disclosure was sought, there was no obligation on the Prosecutor to disclose such material…… This proposition finds no support in the authorities. The magistrate’s finding that the accused could have a “fair” hearing without access to such documents was legally unreasonable…and was based on the erroneous premise engendered by the Prosecutor, which reflected the flawed approach taken by NSW Police to its duty of disclosure in the present case.

The magistrate’s concern for the resources of NSW Police was misplaced. Even on the assumption that questions of resources could be relevant, there was no evidence to suggest that there was any particular difficulty in locating the documents sought by the accused.”

Therefore, this re-iteration of the very important rules of the obligational duty to disclose shows how vital disclosures are to the concept of a fair trial which is the cornerstone aim of our criminal justice system.